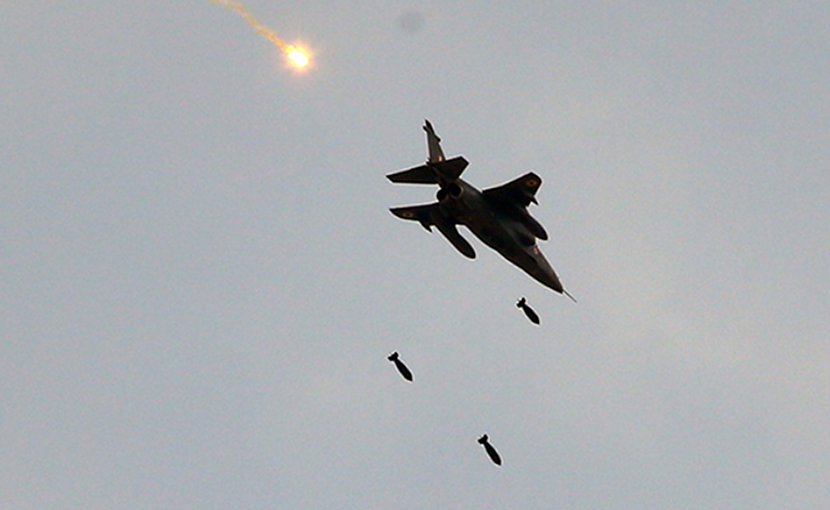 The Indian government is facing a huge internal crisis, after the unending protest of farmers in New Delhi. The frustrated Indian establishment is reluctant to find any way out of this crisis. Separatist movements in India have strengthened themselves and a structured campaign has started to challenge the biased policies of BJP. The cat is out of the bag now, the Hindutva driven Nazist ideology of Modi has explicitly proclaimed Hindu monopoly in the so called secular state of India. The fraught political and social stability of India has caused a worry among the stake holders of peace. It has remained a regular practice of India to increase the tensions along its western border, whenever they caught themselves in trouble. Specially after getting exposed by the report of “EU Disinfolab”, they can try to divert the attentions through a military expedition. This report with the name of Indian Chronicles proved the Indian involvement in funding the terrorist groups and disinformation campaigns in Pakistan.

They tried to deteriorate the strategic stability of the region by launching Balakot strikes, but, Operation swift retort was efficient enough to restore the notion of deterrence. Indians however are warmongers they have earned this title because of the irresponsible behavior they have shown in the past. The Indian establishment has not learned from its mistakes, which is why they are facing such a social and political turmoil. They have been involved in a continuous process of military up-gradation specially their Air Force.

Specifically, checking on India’s mindset which deemed to be dominant in the region and having a super-power dream. The malicious intentions of India consequently impacted on IAF to raise its inventory of modern jets, modernizing its weapons along with sophisticated defence systems and smart long-range weapons. Indian modernization depends on the equipment of the US, Russia, Europe and Israel. It is obvious with the time-to-time doctrinal changes in India’s development plans which are indeed a threat for its neighbors and rivals.

Over the last decade, the IAF has been transforming itself from a principally army-support instrument to a broad-spectrum air force, and this prompted a radical revision of Indian air power doctrine in 2012. Currently, the IAF is the fourth largest, having 170,000 personnel.  It has thirty-three squadrons whereas, for proper dominance in the region it needs forty-two operational squadrons. But there are plans for fifty to fifty-five combat squadrons.   In her inventory she has SU-30 MKI potent range of 2500 km/hr, Mirage-2000, MiG-29, MiG-27, MiG-27 BISON and Jaguar. PM Narendra Modi announced a government-to-government deal with France for 36 Rafale fighters.In addition, the Mirage 2000 was the only aircraft in the inventory at the time capable of being modified in time to use laser designation pods (the Israeli Rafael Litening) and laser-guided bombs (LGBs, American Paveway II kits mated to standard 1000-pound gravity bombs).

An operation using the air element in current scenario is the best option available for a calculated attack upon the adversary – under the nuclear threshold. Using air force to keep the belligerence proportional is game changing – practicing the ‘strike and run’ tactic. Indians have targeted the region of LOC to satisfy its war mongering attitude. Modistian aim of Akhand Bharat enveloped in the doctrine of lebensraum following the philosophy of Nazism has deteriorated the peace and stability of South Asia. Indians have deployed its indigenous combat fighter jets Tejas along the Line of Control. The fighter jet is Mark 1 version, having BVR (beyond visual range) capabilities. It also has the capacity for air to air refueling and updated flight control software and avionics. Indians have also deployed the light combat helicopter (LCH) and newly procured Apache helicopter along the LOC and LAC. LCH helicopters have the ability to launch attack operations at high altitudes. The stealth features of this helicopter are dangerous for the target state. Adding to it another advanced light helicopter Rudra has been deployed in the same region which is equipped with 70mm rockets and 20mm M621 cannon. Indian euphoria in the face of procuring Rafale jets, claiming that they could be game changing against Pakistan is another concern. The complete squadron of 36 jets will be in the hands of India till 2022, but till now they have received 10 of them. Chinese have claimed that Indians are planning to deploy a short squadron of Rafale jets in the border regions of Pakistan and China. Rafale jets are nuclear capable and their deployment along the border will be a serious threat to the deterrence stability of this region. Such heavy deployments depict Indian militaristic nature.

Indian governments have always used the strategy of belligerence whenever they wanted to gain populism within the country. They are facing with a similar kind of situation at the moment because of the ongoing protests. BJP has failed to deliver its citizens, which is evident in the future as well looking at the influence of RSS on it. Doval doctrine has also been defeated considering the increase of ethnic disparities in the state. Hindutva will prove to be a self killing tool for Bharat because of its extremist views.

The concern here for Pakistan is that; analyzing the rotting influence of Nazist BJP, India can try to launch another military adventure along the LOC to escape from the internal mishandlings. Pakistan should keep itself ready through necessary Air capabilities and continue the military exercises similar to ‘Shaheen-9’. The air element is of prime importance so the Air defense should be at alert, specially along the Line of Control. A clear message should be conveyed to the Indian establishment that any misadventure will be dealt with an iron hand.

Pakistan should communicate with the regional states regarding such a possible misadventure. The peace of the region is at stake and every nation should work in co-ordination to avoid such circumstances. Pakistan should also alert the international community beforehand and convey all the military options they can use to retaliate in case of an Indian military expedition.

No doubt India is the biggest arms importer of Asia but the new procurements of modernized equipments will require an equally trained human resource which India lacks. The Inexperienced Indian human resource was exposed in the Operation swift retort and the event in which an Indian naval submarine was destroyed. They are continuously working on this issue and the number of military exercises which India conducts annually is far more than the military exercises conducted by Pakistan mainly due to the economic restraints. However, analyzing the current situation; Pakistan should get itself ready with the same element of surprise and a few fantastic cups of tea.